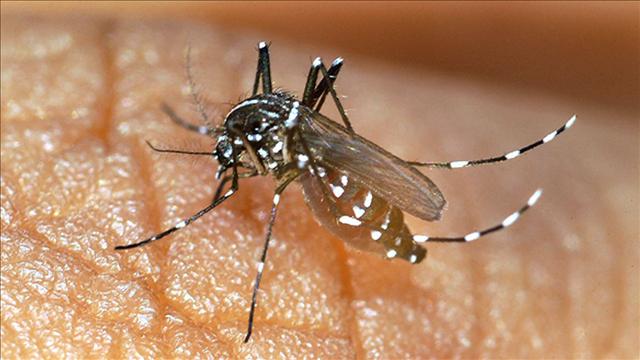 As if Hurricane Sandy didn’t pose enough of a problem, New Jersey residents now have to contend with a different kind of plague since swarms of Asian tiger mosquitos are making spending time enjoying the outdoors dangerous.

This breed of insect takes its name from the stripes on its legs and is known for its aggressive behavior, causing plenty of noise with its signature buzzing sound and biting humans at any hour of the day or night.

Higher than normal amounts of rainfall in recent weeks are providing the perfect breeding ground for the tiger mosquitoes, according to local health officials.

New Jersey residents are being warned to search all outdoor areas surrounding their homes and properties to eliminate pools of standing water where the insects are likely to breed. Not only do the mosquitoes bite humans, they also bother dogs who are being taken for walks or playing outdoors.

Officials are concerned that the insects may spread the West Nile virus and are urging residents to make sure they wear insect repellant if they plan on spending any amount of time outdoors.

Residents are being asked to wear light-colored clothing with long sleeves and pants rather than shorts in an attempt to outwit the insects from finding bare skin to bite.

What Is Net Pay Definition – How To Calculate