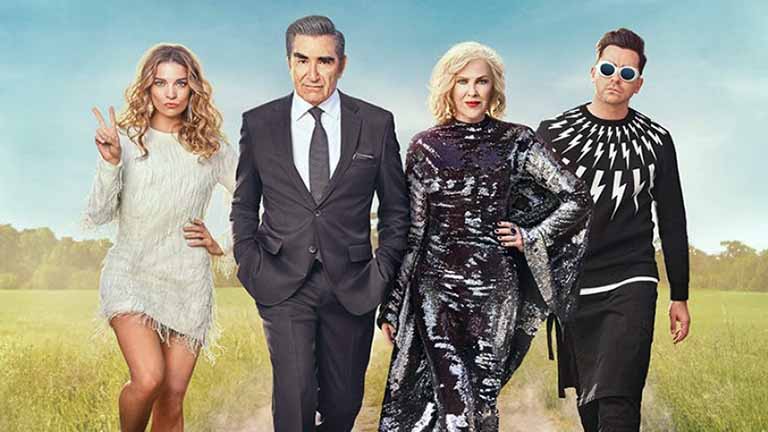 “Schitt’s Creek” show is top on the list for a feel better comedy. It is brilliantly written and the cast could not have been any better. The writers coming up with all this content and how good all the actors perform their hilarious parts.

However, some fans have seen Schitt’s Creek Season 5  but some are waiting for the release on Netflix. So that they can get answers to their required questions. But this time, it is the time to get answered the prayers. As the show will come back on Netflix on 10th October 2019. Here I have a preview of the fan’s expectations. As you can make ideas about their happiness by reading the tweet below.

#SchittsCreek Season 5 is coming to Netflix US on October 10! Great news for bebe. pic.twitter.com/JER7ufEOD8

Even though they’re totally clueless about real life, they’re never patronizing or nasty to the locals. In fact, they go out of their way to fit into their rural backwater. Someone may find it a little disappointing because it is very wary of David’s mugging and queenly posing. Daniel Levy needs to take it down a notch.

Catherine O’Hara can get away with it because she’s had years of experience and can underplay or overplay. But it is finding David’s mugging, posing and hideous fashion victim sweaters increasingly distracting in every scene he’s in.

It has been fun to see the family learn more about each other and themselves and become closer in their funny and amusing situations.

READ  Elite Season 3: Everything You Should Know!

Moreover. In the fifth season, you will see the Dan Levy as co-creator of this comedy serial working by side his father Eugene Levy. Whereas, in the previous season, they have stolen the hearts of North Americans by discussing their journey in Canada.

However, in some interviews, Levy explaining that this comedy serial getting fame day by day. Most of the fans meeting her to tell her how beautiful she is performing in the series.

Actress Darcy Jacobs, who stars in “Missing a Note” by Fact Not Fiction Films has been praised for her onscreen...