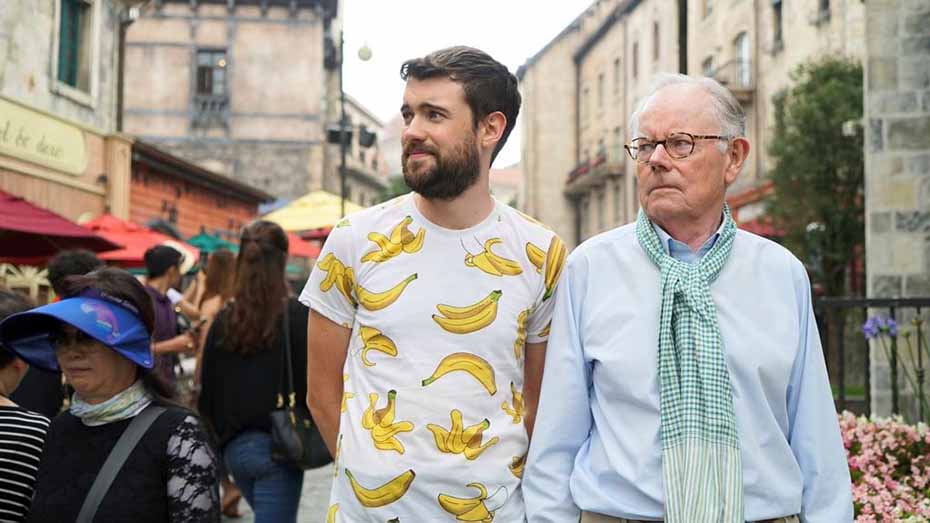 Jack Whitehall series “Travel With My Father” is coming back again with its third installment. Fans will find the show soon in the current year on Netflix. Previously, the famous comedian actor of UK Jack Whitehall takes some pleasure trip with his father Michael Whitehall. He took such trips to bond tightly his relationship with his father.

This show is absolutely a delight. Fun quick-witted traveling with so many jokes per minute you’d think they were traveling at light speed. Before you will come to know season 3, I will give you a short comeback of the previous two seasons.

Travels with My Father Season 1

Travels with My Father Season 1 released on 22nd September 2017. This season has overall six episodes in it. In the first season of the series father and his son traveling towards South East Asia. They travel through the most famous “gap year route”. On their trip, they go through different states like Thailand, Cambodia, and Vietnam.

In this travels some scenery shots have shown the beauty of these countries.

Travels with My Father Season 2

The second sequel of the series has continued the story for the next installment. And second season consists of five episodes. Netflix released the second season of Travel with My Father on 28th September 2018. This season was a shootout in the area of Eastern Europe.

Moreover, they have the experience of traveling through Germany, Romania, Moldova, Hungary, Ukraine, and Turkey. Season 1 and 2 are mostly the same. There is nothing different from season 1. So definitely, viewers that love the first season surely like the second one too.

Travels with My Father Season 3:

Jack and his father will continue their journey if traveling after having unusual routes of South East Asia and Eastern Europe. However, Netflix officially has announced the releasing date of this interesting journey of a father and son. Therefore, you will have the “Travel With My Father” season 3 on 6th September 2019.

Jack Whitehall himself tweets on his social media about the confirming the release date of season 3. Look below:

Travels With My Father Season 3 will be on Netflix September 6th! pic.twitter.com/pPmXjqM4Fb