American writer George RR Martin now has the sixth novel of the epic series of fantasy A Song Of Ice and Fire. And this novel is titled as “Winds of Winter” will excite the fans much before its release. The book has great anticipation for the readers.

Here in the post, I will uncover some details like when the next books will be released in the future. And what type of stuff these books may have for the reader’s community. Because the writer George RR highlights that he will write for two more installments thereafter.

Now here you may find what it will have for the fans and what it will offer upon release. George RR is much busy nowadays so he did not make many interviews. But he is on the red carpet for “Game of Thrones” and there someone asks something about the Winds of Winter.

So, from that interview, you can expect that the Winds of Winter may come out in the last of 2019 or at the start of 2020.

However, the main reason not to release it officially is the on-air release of HBO’s “Game of Thrones”. Although the show is going to end on 19th May so, George RR Martin will release his next book soon after that.

Why His Book Will Come Out After Game of Thrones Ends

As George seriously involves in the show and he has a short time to write his previous two books. So, George wants to release the book after the end of the Game of Throne as fans do not perceive the same ending as shown by the TV.

So, he is trying to change the ending of the book to show some different climax to the fans. And that is the main reason that people buy his books mostly.

What Comes After Winds of Winter?

A song of Ice And Fire consists of seven books in the series. And the Winds of Winter is the sixth installment of the George RR Martin. So, the “Dream of Spring” will be coming after the sixth release. And it will be the final release of the series. It is a portion that is explained at present in the Game of Thrones.

But the book will take a start and explores what will happen when Arya Stark murdered the Night King. So, be ready to know the most anticipating point in the last book of the series as “Dream of Spring”

As there is time now to have a full edition of the book. Martin designed a very beautiful and decent book cover for the Winds of Winter. The design is ready now. Image of a horn revolving in the news of social media in 2015-16. That is driven to alarm the White Walker attack. And it is confirmed by the writer too in 2016. 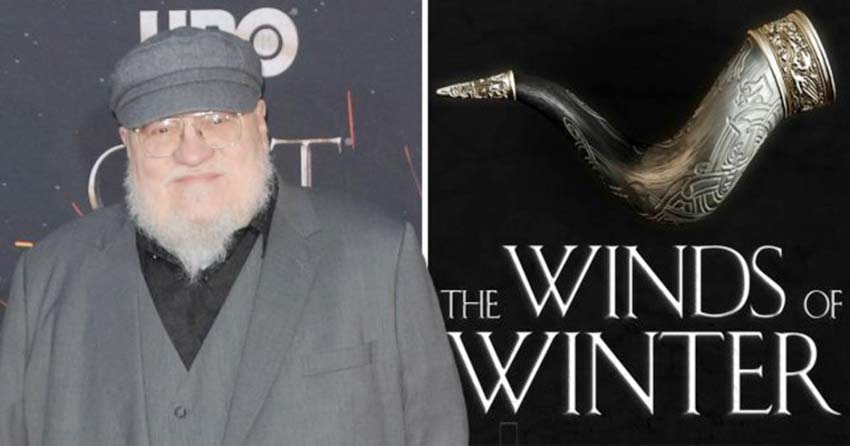