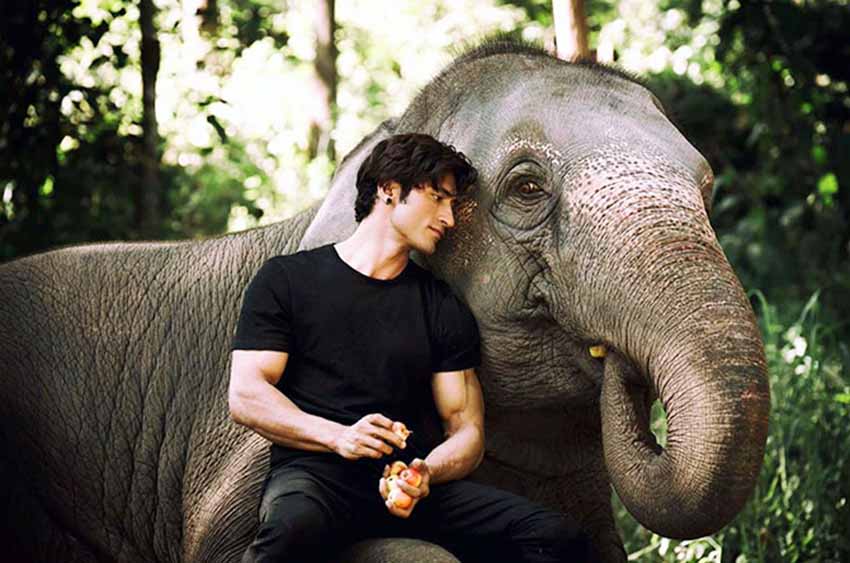 For the first time in the Indian entertainment industry, an animal themed movie having an indigenous star cast with grand action scenes parallel to Hollywood is going to hit the theaters soon. ‘Junglee‘ is a Hollywood director movie with Marathi actress giving their first debut.

The theme of ‘Junglee’ can be judged as inspired by Tarzan who takes the creatures of the jungle as his family, willing to do anything in his might to shelter them.

Junglee is directed by Hollywood filmmaker Chuck Russell, a director quite renowned for giving his blockbusters. This time, Russel wanted to try global cinema for which he opted for India.

‘The Mask’, ‘I am Wrath’, and ‘The Scorpion King’ are one of the greatest hits of him.

2. A Two-year Tough Training of Vidyut Jammwal to Get Along with Animals

Vidyut Jammwal is playing the leading role of a never seen before action hero. The level of his skills can be judged from the fact that he is one of the 6 best martial artists all around the globe. His films like ‘Commando’ exceeds his reputation.

The actor has gone through a lot of jawbreaking physical tests to cop with his character. The toilsome training included martial arts, dangerous bike stunts. The training also included getting along with Bhola, the majestic elephant.

Since mastering the ancient Indian martial arts called ‘animal flows’ from Kalaripayattu was vital, Vidyut practiced it extensively for two years. According to the Kalaripayattu theory, one must experience the qualities of any of other beings in his lifetime.

READ  Penny Marshall's Death revealed why and how she is declared as dead!

The character had to cop with the animal, muscle for muscle, the ancient art of martial paved the way out for Vidyut to apprehend the movements of the elephant, python, scorpion, crab, horse, wild boar, frog, butterfly, and many more.

3. A Plot Never Touched Before

Raj, played by Vidyut, has a strong connection with his elephant friend Bhola who he grew up together. Viewers will see both playing in the paddy fields and green surroundings having the potential of leaving one mesmerized.

The climax of the film is seen when some culprits with arms bust in the jungle for their interests against the animals and target Bhola. This is where Vidyut, much like Tarzan, turn into a one-man army to protect his fellow beings. Having the skills of the martial arts, deep-rooted connection with the animals, he plunges in the war to win the battle.

This is a beautiful movie of a unique love between man and animals.

The trailer of the film gives us a glimpse of the many jaw-dropping stunts by Vidyut out of which Kalaripayattu and the animal flow are the best ones. The Marathi actor has combined his acting skills with the film’s theme to make his character look more real.

Director: The movie is directed by Chuck Russell

Release Date: The film is set to release in cinemas on April 5.

What is number station and story behind it?

Closure of JCPenney Stores Due to Bankruptcy and News of Reopening

“Airaa” is an upcoming Tamil movie. This movie directed by Sarjun. This is a horror movie that has some real...