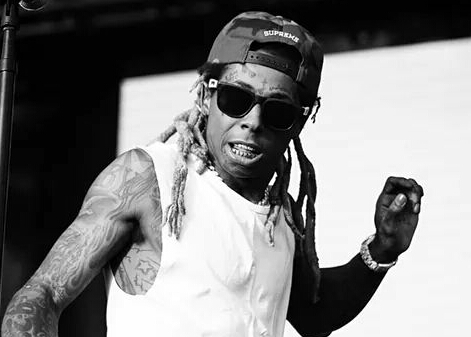 We had seen several big names like Floyd Mayweather James Harden, Odell Beckham Jr. and some others who were promoting Lil Wayne’s much-anticipated album “Carter V”.

There were several online speculations that that album is going to release this weekend, but this weekend is almost ending and no confirm news about the “Carter V” album release date.

Fans took social media to react on these latest gossips about Lil Wayne’s upcoming album but it all ended at his ex-wife Toya Wright. Some users started to talk about his relationships with high profile celebrities including Nivea, Lauren London and Christina Milian.

35-year-old Lollipop singer and rapper was married once in 2004 when he proposed her girlfriend Antonia “Toya” Carter (also known as Toya Wright) on on Valentine’s Day. Both welcomed their daughter, Reginae Carter, when Lil Wayne was 16 and Toya Wright was 15.

Toya was working at a New Orleans’ corner store when “I Am Not a Human Being II” artist met her. At 14, Toya became pregant soon after both started dating.

“Wayne and I, we have a really good relationship. It took us a minute to get to this point but I’m happy that we are here,” she told Essence Magazine.

“When my brothers passed, he jumped on a jet and came immediately. When things are going wrong with him, I’m always there because before anything… I’m his friend and I’ve been in his life since we were like 13 years old.”

Two years after marriage, Toya was tired from with the news about his relationships that “he’s with this one, he’s with that one”. In January 2006, she filed for divorce.

She also revealed about reasons behind the divorce, she told in an interview with VLAD TV“I wanted to start my new year off right because I was going to Atlanta and I was hearing all of these things – he’s with this one, he’s with that one.”

“I’m thinking maybe he wasn’t ready to get married but that’s not what he was telling me. He was saying he’s a changed man and he’s giving the game up. I knew he wasn’t really meaning that, but I at least thought that he’d still put family first,” she continued.