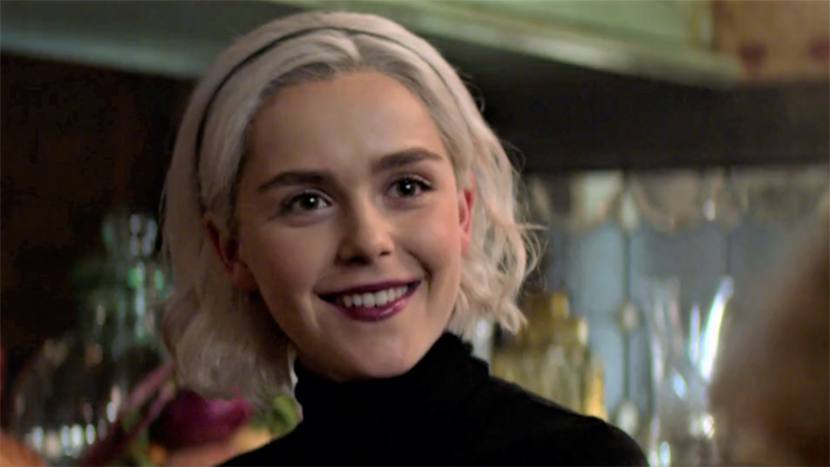 The series is intriguing, and frightening at times. The characters change throughout the show Aunt Hilda is the aunt that everyone wants in their lives. A person who understands life and guides rather than Aunt Zelda who is dedicated to Satan and coerces Sabrina to join the Church of Night.

It is spooky at times, and other times you wish you had prayer beads with you. This show is not for everyone but if you love a good suspenseful tale then this is the one for you.

In the previous season, Cousin Ambrose is an appealing character once the reason for his house arrest is understood everything else about the character is great.

The Church of Night makes for an excellent form of free will, albeit by worshiping the devil. But at the same time, it proves what brave people would do. They can sacrifice their mortal soul, their universe to help others.

This show is remarkable the viewer starts to desire more episodes. So according to the public demand, the “The Chilling Adventures of Sabrina Season 2” is ready to launch. And it is hoped that it will be coming out on 5th April 2019.

The plot of the series is typical but done differently than other shows. The special effects department beat themselves with the appearances of Satan and the effects of sleep conjuration.

This gives a new and fresh, up-to-date, version of Sabrina the teenage witch. However, it would not mean that it is anything like the original series “Sabrina the Teenage Witch“. It gives its own unique storyline that has dark and interesting plot development along with a few plot twists for kicks.

READ  Orange is the New Black season 7: When It will Air on Netflix and Trailer!

This show is sweet. People glad to watch because there are some differences from the comics/TV show. It's got good...