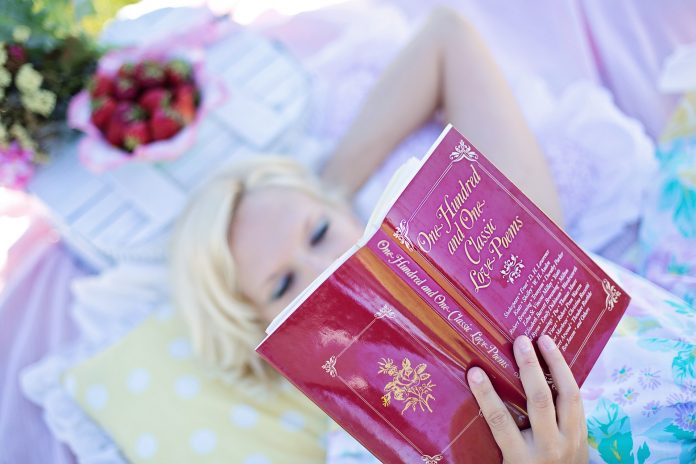 Love is considered a universal language that builds a connection between two creatures. Generally, literature is undoubtedly the best medium to express love. Color, lyric, flower, etc all are related to love. So, at Valentine’s Day cards a very common lyrical poem we can see. Among all the roses are red violets are blue poems, this one is the most common:

And so are you”

This nursery rhymed poem is very favorite for the couples. Couples like to use this quote for their loved ones. This poem is so popular that people also use this for loved ones like mother, daughter, and friend despite their spouse.

Generally, it is a common tendency to compare the loved one with the beautiful flower, favorite color, and sweet things. So, among the millions of love poems, this poem is the most popular one for long years.

Originally Roses are Red Violets are Blue poem is not a very new poem popular only in Valentine’s Day purpose. Generally, the love poems were first written in the sixteenth century in English literature. The origin of this poem is also from the beginning era of English literature.

Origin of the poem

Searching the history of the most popular Valentine’s Day poem we can see that many of the popular English poets have used these lines. Here we will see the usage of this poem from the beginning below.

“Roses are Red Violets are Blue” lines were found at first in the epic ‘The Faerie Queene’ written by Sir Edmund Spenser. The epic was written in ancient English and so these lines. In the year 1590, Sir Edmund Spenser had written this epic. The lines are found in Book 3, Canto 6, and stanza 6. In that epic, the lines were written in such a way –

all the sweetest flowers, that in the forests grew.”

So, it can be easily said that the language and the formation are not like the modern Roses are Red Violets are Blue poem. Still, Edmund Spenser is considered the first creator of these couple of lines.

After 1590 this poem was used again in a nursery rhymes book named Gammer Gurton’s Garland. This book was written by Joseph Ritson. There were almost two hundred years of difference between the two usages of the same lines. So, in the second usage, the language was quite modern. The fact is, this version is the most popular and is still used at Valentine’s Day cards. The lines are written in Gammer Gurton’s garland in such way-

“The rose is red, the violet’s blue

The honey’s sweet, and so are you.”

So, the second version of Roses are Red Violets are Blue poem then got the massive popularity and became the most popular love poem.

Victor Hugo was one of the most popular novelists of the nineteenth century. After just about a hundred years he used the most common love quote in his novel ‘Les Miserables’. Though the theme of the novel was not at all trivial, he used the lines as the dialogue. In the year 1862, this novel was published. The character Fantine sang the most common line in the novel ‘Les Miserables’ in such the way-

“Violets are Blue, Roses are red,

Violets are Blue, I love my loves.”

Originally, this version of Roses are Red Violets are Blue poem is taken from the French version of the novel.

Despite the usage of famous poets, many other poets have used this version in several aspects. Some of the poets had made a parody of the two most common lines. Among the parodies, some are for describing the symptoms of the disease like cirrhosis. Some other poets have used the lines to raise their voice against religious turmoil. The reason behind using these lines for multiple subjects is the popularity and easy to connect feature.

Primarily the ‘Roses are Red Violets are blue’ poem is enough easy to understand. Still, it may be a big question that why this poem is so popular among millions of love poems. To find the answer we can discuss the meaning of the lines.

Roses are Red – Generally rose is the flower that defines love universally. Red is also the color that is treated as the color of love. Here the rose and its color red both are signifying the love.

Violets are blue – Violet is a commonly used color in bouquet specially made for the Valentine day gift. Violet color is the color of faithfulness, simplicity, modesty and, humanity.

Sugar is sweet – Generally, the sweet taste gives the taste bud pleasure. So, people tend to compare their loved ones with the most common sweet component.

So, Roses are Red Violets are Blue meaning is the main reason to become the most used quote in Valentine’s Day card. Also, these lines are used at proposal purposes between the couples.

The very common Valentine’s Day quote does not only use for the proposal or love reflection purpose. Poets often change the next lines of this very common poem and change the purpose. Poets have rewritten the poem to express fun, sorrow and many more other emotions. Here we can see the different aspects of this poem.

Poets have made several parody versions of the most common love quote. Some versions are satirical and some are written in a funny light tune. The poets started to write the first satirical version of this poem about the late twentieth century. Roger Miller, the country singer first wrote the parody version of the Roses are Red Violets are Blue poem. The version was –

And so is maple syruple.”

Latter in the last decade of the twenty-first century we can find several Roses are Red Violets are Blue poems funny version. Most of the time, we can not know the name of the creator of the funny versions. Still, these versions provide us enough joy.

So violets are blue

So sugar is sweet

In the current century, we can find several Roses are Red Violets are Blue poems sad version on the internet. The maximum of times we can not know the name of the creator. Still, we can feel the deep pathos in those lines.

Originally the most common quotes are popular among couples. The lovers gift the Valentine’s Day card to the beloved where the quotes are written. But love is a universal feeling. So, one can love his mother, daughter or friend equally. Following this fact, one can also dedicate the most common Roses are Red Violets are Blue poem to his mother or daughter. Also, some people can dedicate the lines to their best friends despite only the spouse. Here we can see the lines dedicated to the other loved ones.

Mother is the first relative of any person. The relation between the mother and the child is eternal. So, undoubtedly mother is the first beloved person for anyone before any other person. So, poets have written plenty of poems upon their mother. They have also modified the Roses are Red poems for mom. During mother’s day or at the birthday of mother they have gifted such cards with these quotes. Here such a poem dedicated to mother is given below-

Is just for you.”

I am so lucky

The reason behind the popularity

Roses are red Violets are blue is undoubtedly the most favorite quote popular for years after years. In the literature of all the languages, we can find millions of love poems. Then what are the reasons behind becoming these two lines the most famous quotes? Here we can search the answers

Versatility is one of the primary reasons behind the huge popularity of this poem. Despite using only as a love quote these quotes are used for plenty of other purposes. For example, we can find these two lines in both of the sad poems and funny poems. Moreover, poets have also used these lines to raise their voice against religious instability. Also, we can see that these quotes are included and modified in the poems to describe the symptoms of the disease. As this quote does not have any copyright issue so, for the years poets can use this quote accordingly.

The famous roses are red violets are blue poem is also used as the song. The famous pop singer Bobby Vinton had composed his album named Roses are red. Surely, in his song the famous quote roses are red violets are blue was included. The album was released in the year of 1962. Surely just like the quotes the songs were also equally popular among the listeners. After Bobby Vinton, several other singers had also released the album with the same name. So, these songs are also the reason to become this quote still popular.

Love poems often contain difficult imageries that make it hard to understand for plenty of people. The words of the quote ‘roses are red’ is enough simple and without any difficult imagery. So, this quote is a favorite for millions of people. To understand the quote one does not need to be enough educated. Everyone knows the meaning of words like rose, red, violet, blue, sugar and, sweet. So, to express love to the beloved people choose this quote for years.

So, from the above-mentioned facts, we can know the detail of the most common quote roses are red violets are blue. To express the affection to the near and dear ones this quote is undoubtedly the best. Still, now lovers can not find any substitute quote despite this one. So, from the Spenser age to the age of the internet, Roses are Red Violets are Blue is the ultimate choice at Valentine’s Day cards.

Celebrating 4th of July as a new expat in the US

10 new shows and movies on Netflix, Amazon Prime Video and Hotstar that are releasing this week

Data Types in Java Language You Need to Learn

The Java language has different data types which give flexibility to the programmer to use and store different types of...