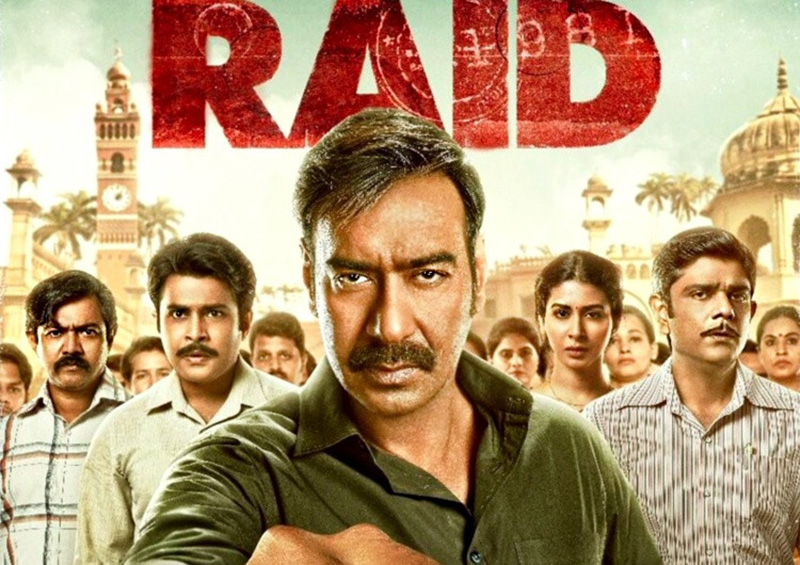 Ajay Devgn crime thriller Raid movie has earned the Business of more than 100 crore/RS. Raaj Kumar Gupta is the director of this film. The movie was released on 16th March 2018 and earned 100.14 crore business on Box Office.

The main roles in the Raid movie are following. Ajay role is Amey Patnaik. Leeana D’Cruz is acting as a Malini Patnaik. Saurabh Shukla role is of Rameshwar. Sanand is performing the role of Suraj Singh. Uday Vir Singh is acting as an Income Tax Director Shyan Bihari Lall.

It is the Box Office dream run drama film base on the crime story. Now the movie has been entered to coveted hundred crore club. More, its Ajay 8th, movie now entered in the club. In addition, this is also Ileana D Cruz 3rd film entering.

On the first day of Raid movie release, it won the more than ten crore business. This movie in three days after release earned more than 41.10/ crore RS Business. On Box Office, it was a good mark of earning.

Girish Johar the trade analyst of filming said about the Raid movie success. The movie won the success because of two actors, Ritesh Shah, Ajay Devgn. He also said only Ajay is the actor who could do this powerful acting role (Amay Patnaik) in this movie.

The story of Raid movie is of Amay Patnaik over bold and also a fearless officer in Income Tax department. This officer is also belonging to high profile as well as politician connected person.

More, he was also a businessman. Ajay made this role perfectly.

Raj Kumar made good and also entertaining film. It has beautiful songs, impressive acting and also script writing. More actors including Ajay performed very well in Riad movie. The story of this movie also is according to the current situation of society and also the economy. Therefore this film won the people likes and also earned good business.

The Roman Catholic Church received another black eye this week when it was revealed that the Archbishop of New York,...