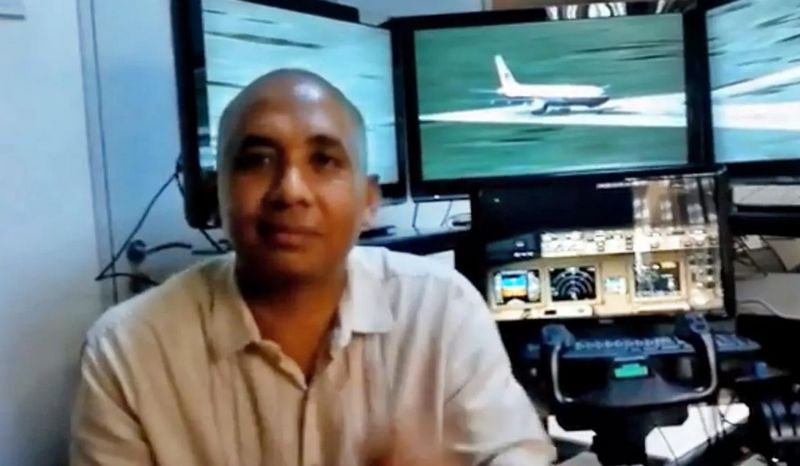 Here is another week with another theory to puzzle the question ‘what happened to Malaysia Airlines flight MH370 in March 2014’.  Almost every week arrives with a new speculations about the doomed flight but the biggest mystery of aviation history is still unsolved.

People around the world are still unable to believe that a Boeing 777 of Malaysia Airlines disappear suddenly and completely without trace along with 238 other passengers and crew. The web users often search for the latest MH370 news to know about any update which can give them a relief to believe in this modern era when an iPhone can be traced anywhere.

The 53-year-old pilot-in-command Zaharie Ahmad Shah of doomed flight remained in the headlines since the plane vanished.

The young Instagram model twins Lan Qi Hui and Qi Min Lan are trending this week who were begged by the pilot Shah. He was ignored most of the times in his 97 separate Facebook comments.

He’s been described as “self-destructive” by psychologists after his Facebook messages have been revealed. Britain’s The Sun and Daily Star Online have deep eyes on almost every development about the plane. They publish, every week, a new story for the ‘curious’ readers who always ask search engines to know the reason behind this mystery.

Here they came with a new story. Shah’s friends and family members described him a ‘easy going’ and ‘kind’ but the latest messages show the stalker Shah. “SELF DESTRUCT MODE’ Married MH370 pilot, 53, bombarded model twins with 97 creepy messages before doomed flight vanished”, The Sun entitled a new article today.

“MH370 pilot STALKED twin models with sexual messages in year before flight’s disappearance”, Star Online posted with the words “sexually suggestive and flirty messages” for models’ messages by the pilot.

26-year-old sisters and Instagram model twins had 30-years difference of age with Shah at in March 2014. “When in KL?”, “How about KL?”, he invited models again and again in his messages to come and visit him in his home city of Kuala Lumpur (KL), Malaysia.

Shah was against the policies of government. He used social media to slam its policies as one he called ‘moron’ to Malaysian prime minister Najib Razak. “There is a rebel in each and every one of us. Let it out!”, Shah wrote.

Zaharie Shah should had been fired if he had such strong anti-government views, aviation expert Geoffrey Thomas from airlineratings.com told Austrailian media.

“It should have raised serious alarm bells with the airline that you have someone flying who has such strong anti-government views,” Thomas told Australia’s Daily Telegraph. “If a Qantas pilot did something like that, he would be spoken to and grounded.”

Malaysia Airlines flight MH370 was deliberately turned off course and plunged into Indian Ocean, it was revealed in the “final” report of Malaysian government.

Tips for Replicating the IKEA “Look” Without IKEA

Coronavirus Booster Vaccine Studies Begin in the US

Black Friday Tops The List of Busiest Shopping Days of 2018

People are now more gaga about Black Friday, once they used to be for Christmas. ShopperTrack presented a report saying...