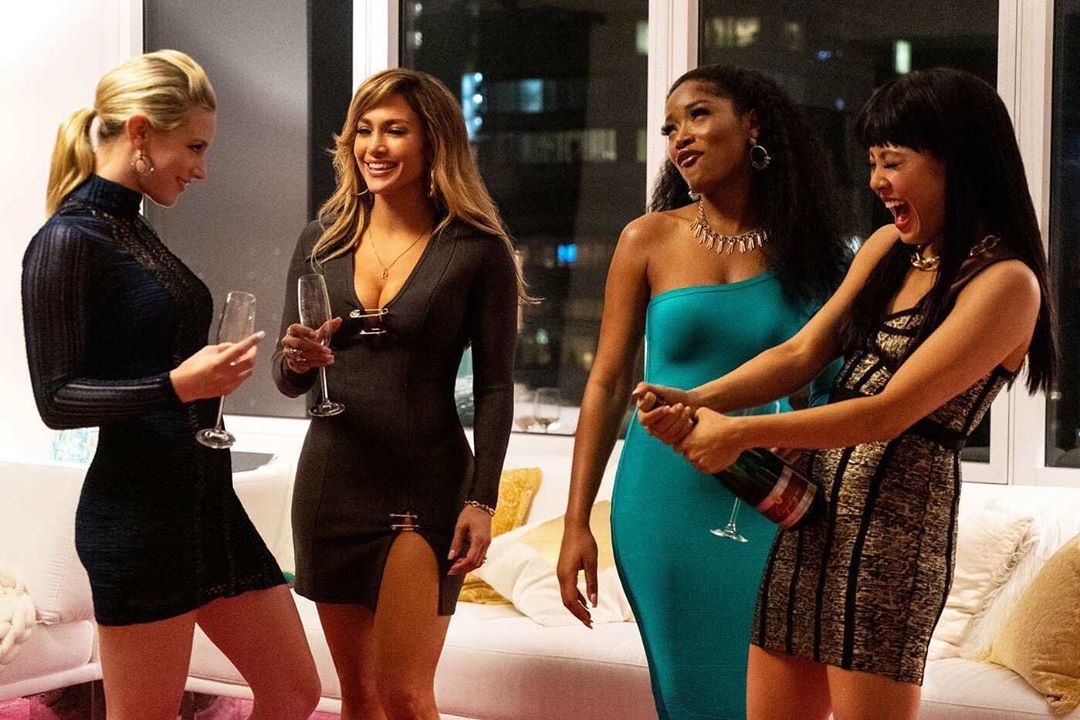 Jennifer Lopez is quite busy in the promotion of her upcoming movie Hustlers, but at the same time, she manages to take the side of her co-star, Constance Wu. They are best friends in the movie, and in real-life they are also bonding.
JLo is playing the role of Ramona who is training Destiny, played by Constance Wu, in some shot of movie for pole dancing.
Wu was facing criticism when she tweeted negatively when Fresh off the Boat was renewed. Star apologized for her tweet later. Fans criticized her and her behavior. But her co-star Lopez came up to save her image and said to USA Today, “I have the most amazing relationship with Constance. She was a doll baby to me on the set and to everybody every time I was on the set.”
She further explained that Wu didn’t show any kind of bad behavior on the set of this movie.
“It was 29 days, and I was there most days,” says Lopez. “I don’t know if there was somebody (talking to the media) who had a gripe or she had a bad day one day. Who knows? I know how this can go sometimes, and how really nice, good people can be portrayed as something other than what they are. That’s a fun headline for people but doesn’t necessarily mean it’s true. My experience with her was lovely. We became great friends.”
Lopez further explained, “making movies is hard” between pre-dawn call times, 12- to 16-hour days and late nights. “People are allowed to get cranky sometimes. I’m not saying that was her. But everybody’s human. So I don’t know where that came from, but it wasn’t my experience at all. I love her. And she’s great in this movie, too.”
JLo is not the only one who supported Wu, Lorene Scafaria- Director of the movie also talked to USA Today and said, “there’s a dash of racism and a dash of sexism” in the negative coverage of Wu.
“I found it to be just a real insult to my set, to be honest,” says Scafaria. “We had such an incredible time together. Everyone got along so well. Jennifer and Constance had this instant chemistry with each other and really did have this big sister/little sister relationship.”
Wu told The Los Angeles Times that she went dramatic sometimes because she somehow learning to cope up with the fame comes after Crazy Rich Asians.
She explained, “improved my awareness of what it means to be a … public figure. I’ve had a back-and-forth about it. It’s the line between being a role model but also authenticity.”
Besides, Wu told magazines that social media comments and response also cloud his judgment, reaction, and behavior sometimes. “I think a lot of why people are lonely in this world is because they go through these Instagram feeds and everybody’s life is perfect,” she said. “Nobody trips up. And sometimes I think, might it be good to see our heroes mess up a little bit and not always be perfect?”
Wu is a human being who is learning to handle her bad behavior or mood swings. Fans must understand all that.

US Updates on Biggest COVID-19 Vaccine Trials With 30,000 Volunteers

13 Reasons Why Season 4: Some Predicted Plot & Spoilers For Season 3!

13 Reason Why Season 3 is truly showed up everything that is happening every day all around the world. Basically,...