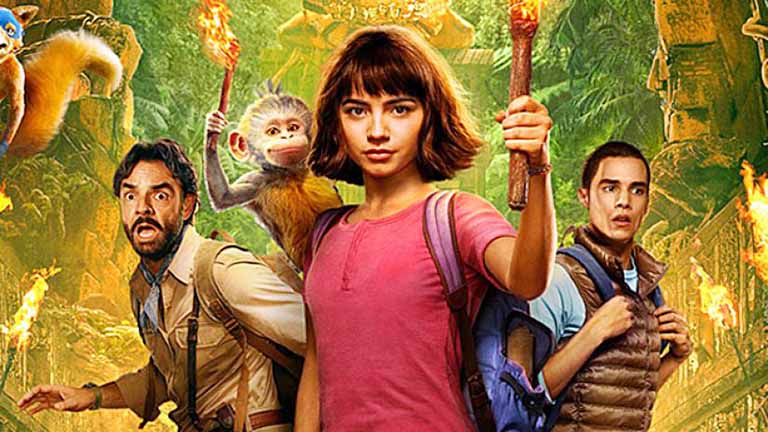 Nickelodeon’s Dora the Explorer Ready to Back on Screens but with its Live-Action Reboot, Dora and the Lost City.

Paramount has picked up Nick’s Dora the Explorer, an animated education series for a live-action adaptation. Well, this live-action remaked will be sparked by a new chain of adventures, and action.

Dora an explorer, who spent almost all the years of her life exploring the jungle with her parents will now back on screens with new adventures to riding on.

Dora and the Lost City of Gold will release on 9 August 2019.

Surely, this live-action adaptation will mesmerize the teens and adults along with the kids.

Well, Dora and the Lost City of Gold follows the storyline of Dora growing up into a teenager. Now, we will see Dora along with her best friend, Boost, her cousin Diego, and other teen friends on an adventure. Dora will have to rescue her parents from abduction.

However, this will not be an ordinary kind of adventure as it will lead Dora to face-off numerous obstacles, and hurdles.

Moreover, let me tell you that there’s a mystery of a lost city of Gold which Dora will set to find out to rescue her parents.

Surely, Dora’s parents have some clue regarding the lost city of Gold because of which they got abducted.

So, it will be highly intense to watch our favorite explorer back on the adventure.

Let’s wait for the release or if you want to have a sneak-peek, go and watch the trailer of Dora and the Lost City of Gold.