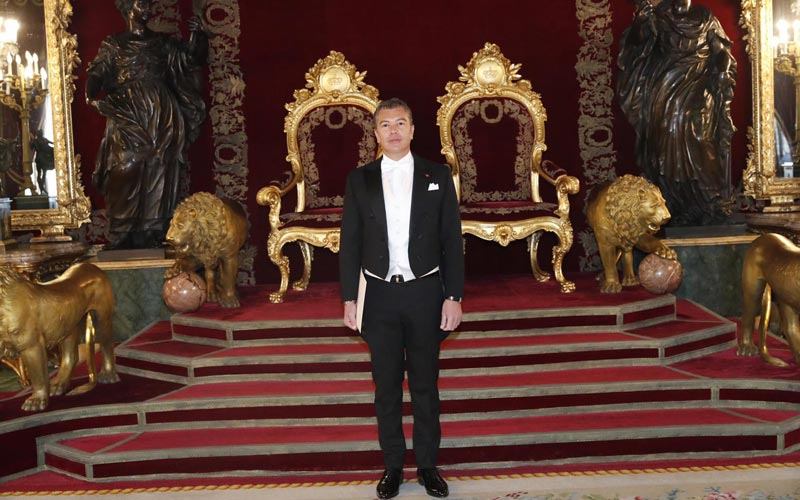 Antigua and Barbuda is a West Indies Country. It consists of two major islands, Antigua and Barbuda, and a number of smaller islands. The country has about 81,800 inhabitants. The capital St. John’s on Antigua.

Dario Item, who is an appointed Ambassador, joined the diplomatic corps of Antigua and Barbuda in 2016.

He has the following titles:

In 2018 Antigua and Barbuda opened its first resident Embassy in Spain.

Spain has been establishing diplomatic relations with Antigua and Barbuda for nearly over 20 years, since 1988.

On January 16, 2019 H.E. Dr. Dario Item was received by his Majesty King Felipe VI of Spain at the Royal Palace in Madrid. On that occasion he presented his Credentials.

What is an ambassador?

An ambassador is an official through whom a State maintains international relations with other States or international organisations.

Generally speaking, an ambassador is the high-level representative of a head of state for a country, or an international organization abroad. An efficient ambassador must be a strong leader, a good negotiator and managaer. Ultimately, he has to be a trusted representative of his or her state.

The key role of an ambassador is to coordinate the activities of his embassy officers and staff, but also of representatives of other agencies in his state.

Foreign Service Officers are trained diplomats who represent their Country’s interests abroad under the guidance of an Ambassador.

There are many different types of officers:

Although many people reduce the value of Astrology, zodiac signs offer a lot of valuable insight. A closer look at...