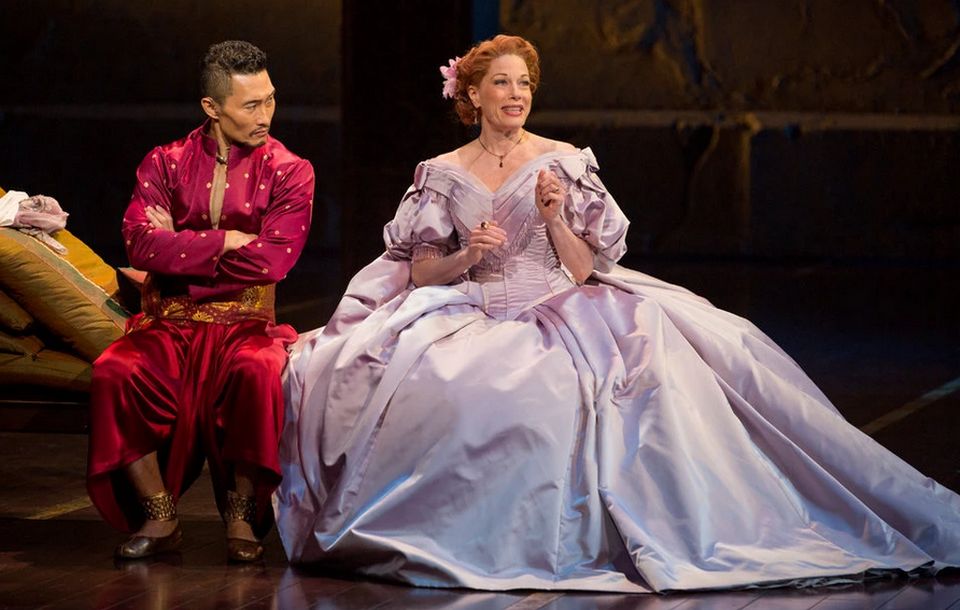 Marin Mazzie, a three-time Tony Award nominee, died at the age of 57 after suffering from ovarian cancer for three years.

Outer Critics Circle Award winner, who also had been inducted into the Theater Hall of Fame in November last year, died at her home in Manhattan on Thursday.

She was known for her best performances as Clara in Passion, Mother in Ragtime, and Lilli Vanessi/Katherine in Kiss Me, Kate.

She was also deeply cool. Like, the coolest. A woman who supported and cheered other women. I loved her for that as much as I did for the gorgeous music she made. #MarinMazzie pic.twitter.com/2OpYTKRCOm

She had degrees in theater and music. In 1985, she began her career with off-broadway productions. She married fellow actor Jason Danieley after they met during a production of The Trojan Women: A Love Story, Mazzie in 1996.

Her final “Broadway” appearance was as “Anna Leonowens” in the Lincoln Center Theater’s revival of “The King and I”.

I had the great pleasure of singing with #MarinMazzie during a #PBS #BostonPops evening. Having seen her in #Ragtime #KissMeKate #Broadway #WestEnd it was a thrill to perform with such a smart talented and creative musician Scott and I send our thoughts to Jason & her family. JB pic.twitter.com/sSif8fjl3F

“Incredible human being, loving wife, dedicated family member, devoted friend and Broadway star, Marin Mazzie passed away this morning at 10:10am in the comfort of her New York City apartment surrounded by family and close friends.”

I didn't study broadcasting & don't consider myself an expert at delivering news live. But @ItsMeRLG and I did our best to honor the incredible legacy of #MarinMazzie today. It breaks my heart to see now that I referred to her in the present tense at the top of the segment. 💔 pic.twitter.com/jg0nhDc1A6

She told New York Times last year that her singing career ‘helped and healed’ her to deal with her cancer diagnosis. Mazzie was treated at the Memorial Sloan-Kettering hospital in New York. She has lost her three-year battle. May her soul rest in peace.

READ  Jane Fonda Is Not Proud of Her Plastic Surgery and Wishes She Was 'Braver': 'But I Am What I Am'

Lourdes Leon, Madonna's 21-year-old daughter, walked on the ramp of New York Fashion Week 2018. It can be assumed by...