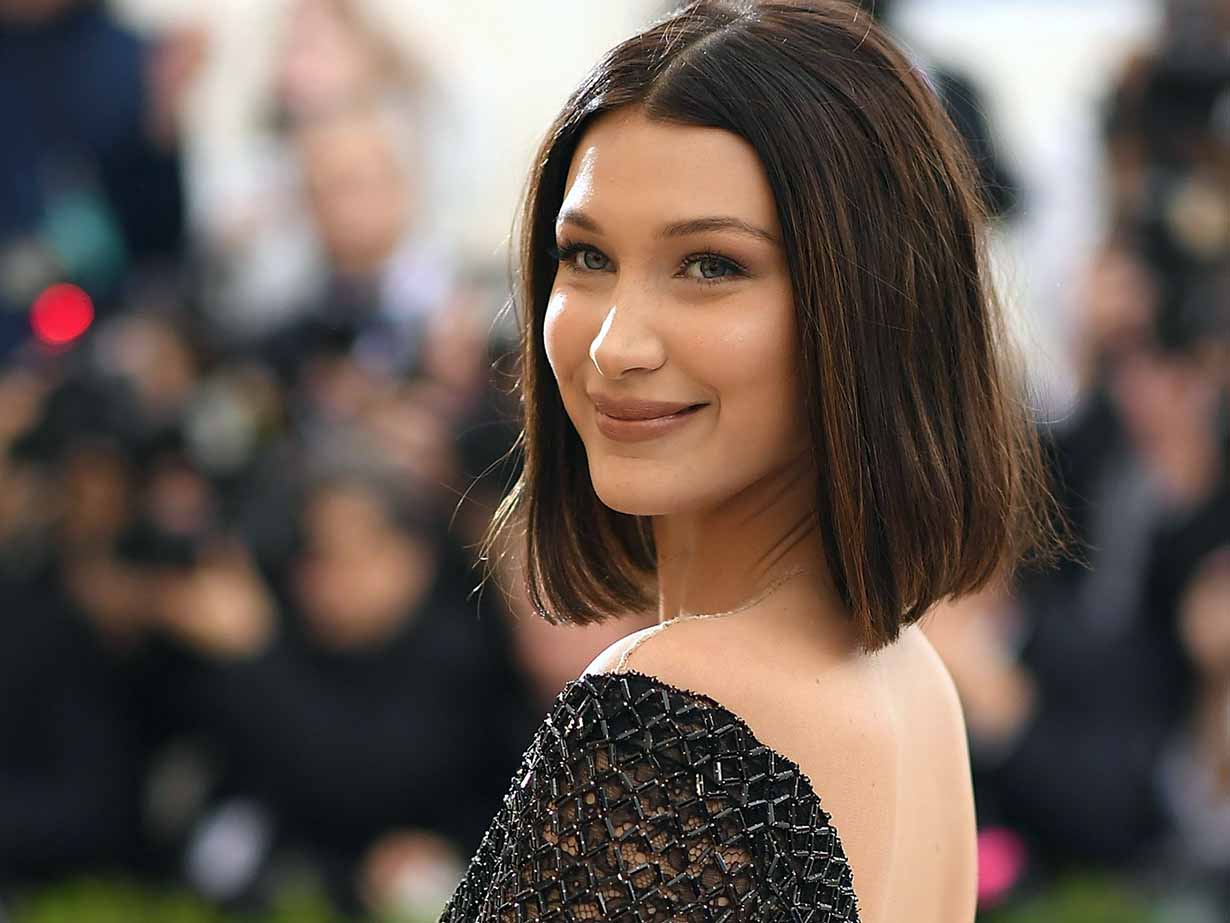 Bella Hadid and her boyfriend Canadian Singer The Weeknd don’t miss a chance to add entertainment and fun into their romantic life. Last day, Bella and The Weeknd enjoyed a tasty dinner date night at  Greek restaurant Taverna Tony in Malibu.

Bella appeared in a casual outfit where she pulled up a sheer semi-blue T-Shirt which you see-through this 22-year old model’s black bra. Her skinny blue denim jeans brought a very stylish touch. She pulled off this look with a black leather jacket which makes a great combo with a blue shirt.

As far as the hairstyle of the model is concerned, she made a casual chin bun and put some brunette locks forward to give her face a sleek frame. She accessorized her looks with heavy-duty boots.

Bella got back together in romance game with 29-year-old R&B singer since 2018.  Abel Tesfaye is the real name of The Weeknd who deactivated his instagram account on Wednesday. Fan started to believe that he deactivated his IG account because he is working on his new albums.

They speculated that the Weeknd would pop back with new songs and albums. Even many fans begged on Twitter to release new songs in the upcoming month.

One fan wrote: ‘the Weeknd deactivated his ig and i’m only praying he’ll pop out w an album & tour.’

There is a demand from a fan : ‘DID YOU DELETE YOUR INSTA IN PREPARATION OF DROPPING THE NEW ALBUM @theweeknd??????’

While another  said: ‘STOP PLAYING AND DROP THE ALBUM ALREADY @theweeknd’

The Weeknd is not working on any new album; he didn’t share any info about it yet. It seems that he is enjoying some quality time with his girlfriend.

GTA 6 Release date: When this game is coming out? What are reasons to delay its launch?