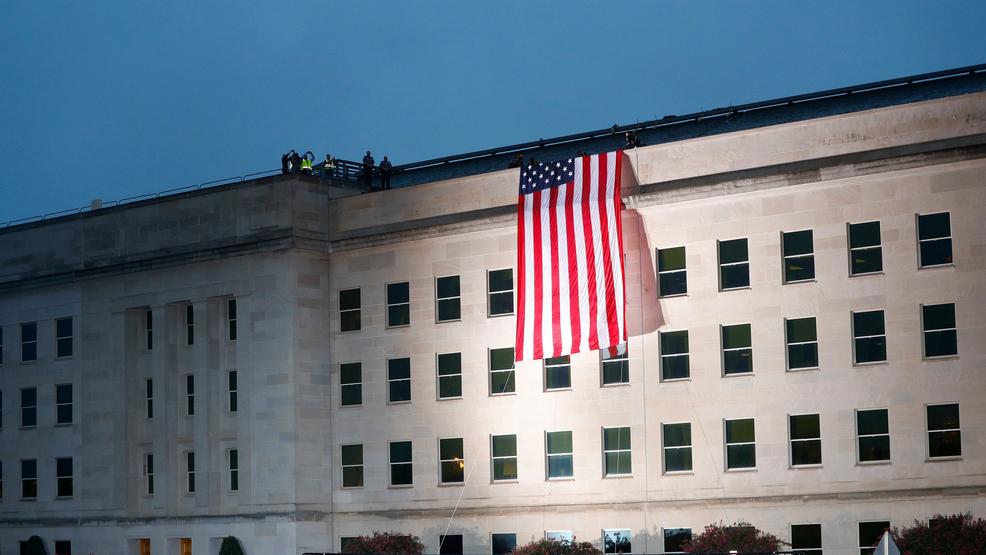 A large number of Americans participated in ceremonies honoring 9/11 victims. More than 3 thousand people were killed on September 11, 2001, when planes were flown into the Pentagon and Twin Towers of World Trade Center. This attack was planned by Al-Qaida leader Osama bin Laden. Laden was killed during a U.S military operation in May 2011.

The U.S President Donald Trump and his wife, Melania arrived in Shanksville to participate in a remembrance. A California-bound commercial airliner crashed here after the 40 passengers and crew members observed what was happening and tried to get control of the plane.

Last year, Trump observed the solemn anniversary for the first time as the U.S President. Trump and Melania led a moment of silence at the White House accompanied by aides and administration officials. The silence moment took place at the exact time when hijackers flew the first of two planes into the Twin Towers of the World Trade Centre.

Trump tweeted just before he delivered a speech at Shanksville, he tweeted: “17 years since September 11th!”

The White House press secretary Sarah Huckabee Sanders said about the visit of Trump to Shanksville that Trump will focus on remembering the horrific day and remembering the precious lives that were lost, and certainly honoring the individuals who lost their lives during the help in that process.

The U.S Secretary of Defense Jim Mattis and Vice Chairman of the Joint Chiefs of Staff Gen. Paul Selva hosted the Vice President of the United States Mike Pence at an observance ceremony beginning. The 9/11 memorial ceremony took place at 8:45 am. They read the names of 184 people who lost their lives at Pentagon. A moment of silence took place at 9:37 am and Pence expressed his feelings at 9:40 am.

More than 60 people participated in a moment of silence to reflect the mark when the first plane hit the North Tower. Flowers were placed at the bottom of an American flagpole, in front of a steel piece of World Trade Center.

The Freeport Fire Department participated with 6 flags to remember their 6 members lost on 9/11 attack. Volunteer firefighters with the Melville Fire Department saluted the American flag and sounded an alarm before ending the program at 9:03 a.m. (the 2nd plane struck the second tower in 9/11 attack).

A large number of events across America took place, including a memorial service at the Gardens of Remembrance at the H. Lee Dennison Building in Hauppauge. Suffolk County Executive Steve Bellone said in a statement that the 9/11 memorial ceremony was conducted to remember the 178 victims of county residents. All county buildings will fly flags at half-staff on Tuesday.

The East Northport Fire Department also arranged a memorial ceremony at the headquarters of the department on 9th Avenue. 21-gun salute and the release of the white doves took place by Marine veterans. They also arranged a candlelight vigil at the above-mentioned location at 8 p.m.

At least 3 sunset ceremonies will be started at 6:30 p.m. These events will take place at the Sept. 11 monument in Jean W. Cochran Park in Peconic, second will be held at the 9/11 memorial on Woodland Avenue in Port Jefferson, and third memorial ceremony will take place at Heritage Garden at Mill Pond Park in Glen Cove.

Two moonlight memorial services will be started at 7 p.m. at the Common Ground at Rotary Park in Sayville, and other at 9/11 Community Memorial near the Shoreham Firehouse in Shoreham.

A candlelight remembrance will begin at 6 p.m. at Jeanne Garant Harborfront Park in Port Jefferson. A memorial service at Memorial Garden behind Village Hall in Lynbrook and a prayer service will take place at 8:30 p.m. at Good Shepherd Lutheran Church in Plainview.

September 11 Attack: The Most Iconic Photos Tell The Story

No one can forget the fall of World Trade Center complex in Lower Manhattan in the September 11 attacks. On...